When our modern day systems of exchange are deemed archaic in the distant future, what will people say about our society?

Would they connect the image of suited Lehman traders carrying boxes out of a Manhattan building to financial speculation greed? Would they merit the rapid climate decline of the 21st century to ignorance (or arrogance) over natural resources and overproduction? Would they see the highly advanced cryptography coded in Bitcoin’s open source environment and deduce a society that’s disinterested, disengaged, and devoid of a social whole? What assumptions would they make about our deepest values and motivation?

In the discipline of cultural anthropology or ethnology, we see these types of drawn assumptions. We also see how field studies attempt to make sense of cultural phenomena. In preparation for a recent Mind Expansion session (which we have every Friday), I dug out old readers and academic books for fun’s sake, and found myself drawn to revisit the groundbreaking essay by Marcel Mauss called “The Gift, The Form and Reason for Exchange in Archaic Societies”. Don’t let this old book bore you. This body of work was considered celebrity within anthropological theory. It was published first in 1925 and re-published in 1950 with later editions. It became the grandfather of later theories, and still has its impact today.

As business visionaries and entrepreneurs, we can uncover the dynamic of gift exchange as Mauss puts forth in The Gift. And in doing so, begin to consider how our roles impact the values and motivation which make our systems of exchange go ‘round.

The Gift and The Total Social Fact

Mauss’ work explored the forces behind the systems of exchange within Polynesian, Melanesian, and North American native societies. He described the North American potlatch as a prime example of a “total system of giving” found in every society. Through elaborate ceremony, ritual, feasts, festivals, etc., tribes, clans, and families would create social relationships and exchanges that would later “obligate” the other party to reciprocate the gift giving. Transactions made for objects of equal economical value weren’t central to the exchange. They only played part in a vast network of gifting and receiving in an enduring contract.

While the argumentative focus within contemporary critique lies heavily on the paradox of “obligated gift exchange” itself, the useful strands that drew me to share The Gift revolves around Mauss’ central question: “What power resides in the object given that causes its recipient to pay it back?”

To him, “the gift” was the “total social fact”, this “multidimensional phenomenon which is economical, juridical, moral, religious, mythological and esthetical” all at the same time. There was no separation between product, business, politics, economics, spirit and human interaction. Gift exchange created a spiritual bond between human beings, engaging the honor of both giver and receiver, transcending the immediate, physical interaction.

Exchanged objects were considered indivisible from the giver and so “gifts were never completely separated from the ‘men’ who exchange them.” Not reciprocating in some form could cost the receiver honor and status with even worse spiritual implications.

Ultimately, his work attempted to demonstrate how widespread the gift giving practice was in non-European societies and that industrialized societies, including our own, could benefit from recognizing this dynamic of gift giving. Each society placed deep value on honor and reciprocity which was the driving force of their system of exchange.

We all stand at different levels and stages of entrepreneurial life. Yet regardless of our financial stature, it’s safe to say that entrepreneurs and business visionaries all have the same endeavor in mind: “how can I make the (existing) system work for me?” “-And if the existing system doesn’t work for me, how can I change it?” This is the art and beauty behind the force of business.

It seems impossible to reimagine a system of exchange that deviates from the rules of economics, of supply and demand, of comparative advantage, or redirects the priority outside of ROI, or isn’t ultimately dictated by trade within the financial markets. Any time there’s talk of cooperatives, barters, mutually beneficial arrangements, or pay it forward movements, people seem to disengage and toss any idea of a new type of economy and exchange into the bucket of socialism skepticism.

I revisited The Gift and was reintroduced, in a fresh way, to such fundamental principles of social exchange, in which honor and reciprocity were the things within themselves to be had. The rest, i.e., the livestock, the shells, everything else were just assets, things included, free add-ons so to speak, packaged in the honor of giving.

The Gift is indeed a tricky read. If you translate this system of exchange as a “pound per pound” transaction, you’ve missed the point on the entire network of lasting givings and receivings on multi dimensions. It’s also much easier to default to a speedy reading of The Gift and misinterpret its message as a campaign for charity, to give away products and services for free, or to start a domino effect of pay-it-forward generosities. It can be all this, but not this, per se.

The central challenge The Gift poses remains the same: how can we as a business culture, or as an investment culture reshape our systems of exchange to value reciprocity and honor? -Perhaps where innovation isn’t driven solely by profit, but by the tugging commitment to honor, and to the honor of enhancing the wealth of communities and individuals.

Our Role in Shaping Systems of Exchange

We have more awareness now than ever. We’ve come to a moment in our evolution where we’re able to observe, analyze from our past, and make sound assumptions about the future, and even redirect our fates, if we so wished.

How do we define business success? How do investors and venture capitalists valuate a company or a business idea? What if the existing definition of “bottom line” was instead an index which also accounted for a company’s ability to help build humankind and other multi dimensional fulfillments?

And so looking into our future, would enthnologists and cultural anthropologists see us as ignorant (or arrogant) for our times? Would they recognize honor or reciprocity in our cultures of exchange?

Would they see our systems as cutting edge in a way that cultivated humanity and fostered lasting solutions within the social whole? We believe in the force of business and its role in shaping alternative systems of exchange.

Written By
Anna Aguila
More from Anna Aguila
The only thing I loathe is traffic. But recently, I’ve made amends...
Read More

If one is lucky, a solitary fantasy can totally transform one million realities. 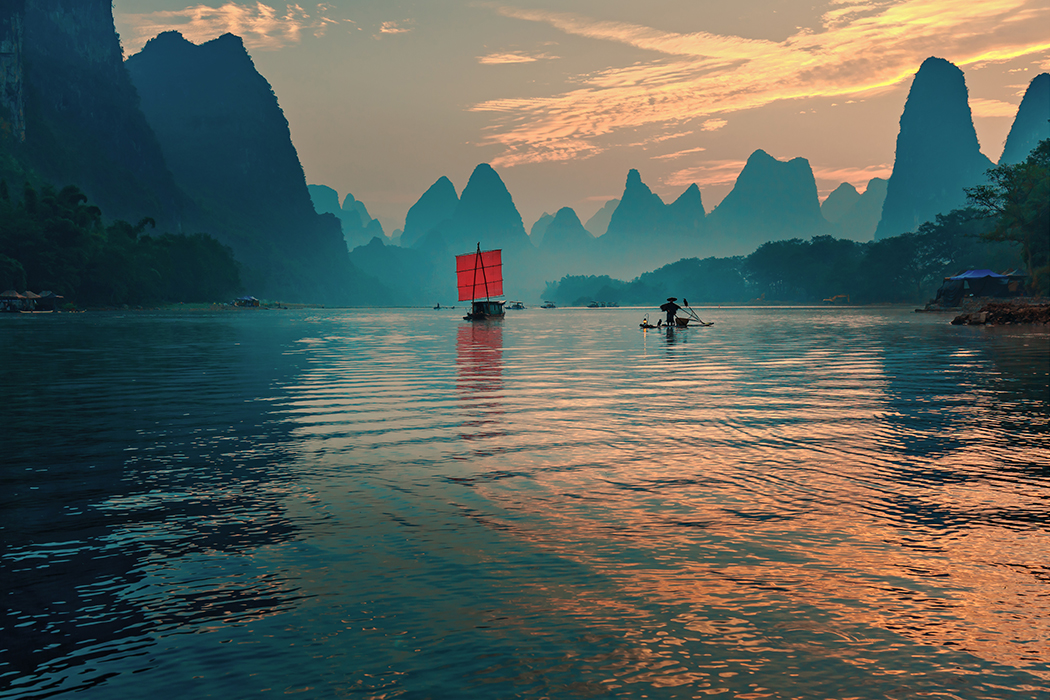 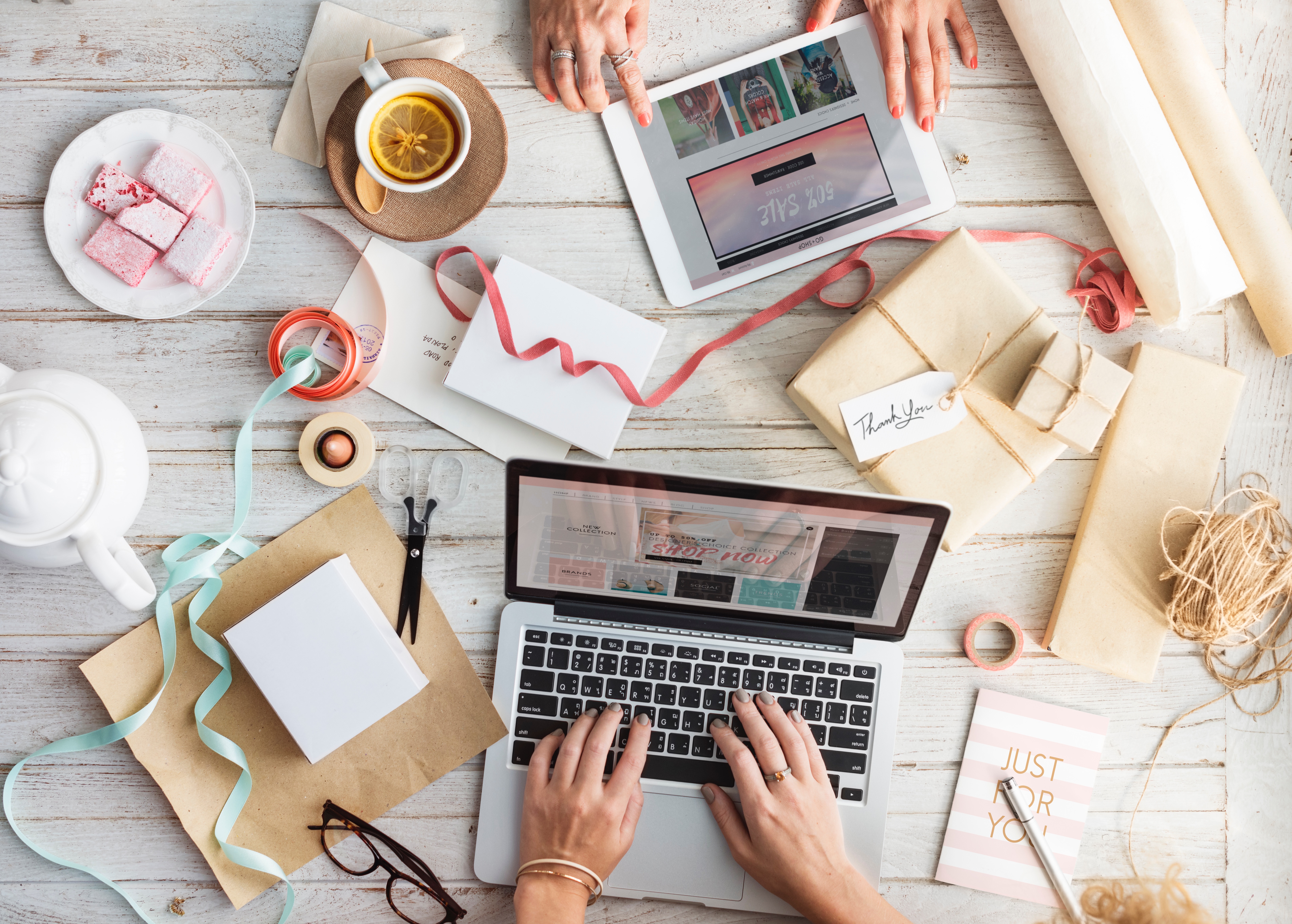 Business is One – Wholeness in Business 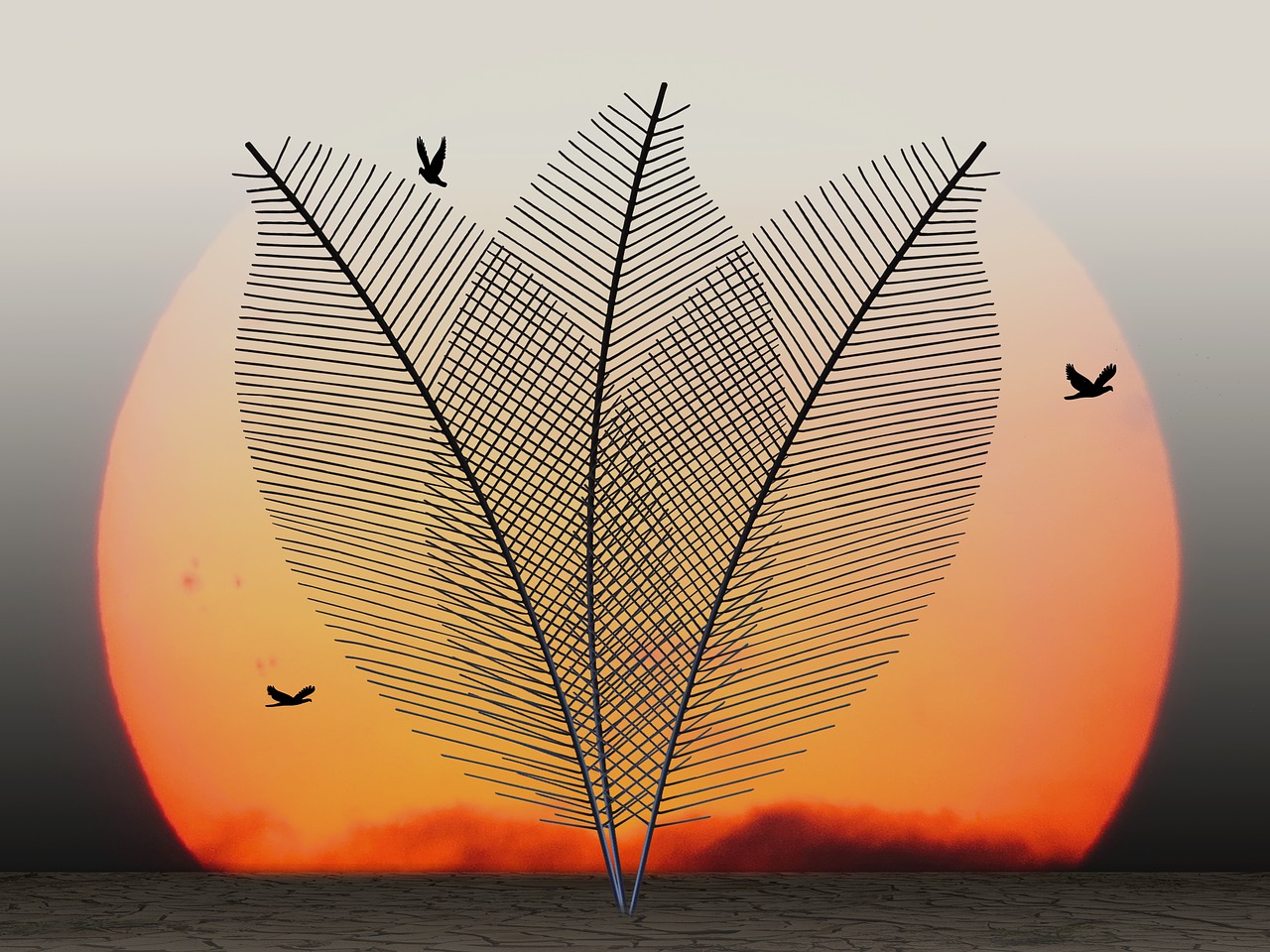 The Gift and Our Role in Creating Alternative Systems of Exchange 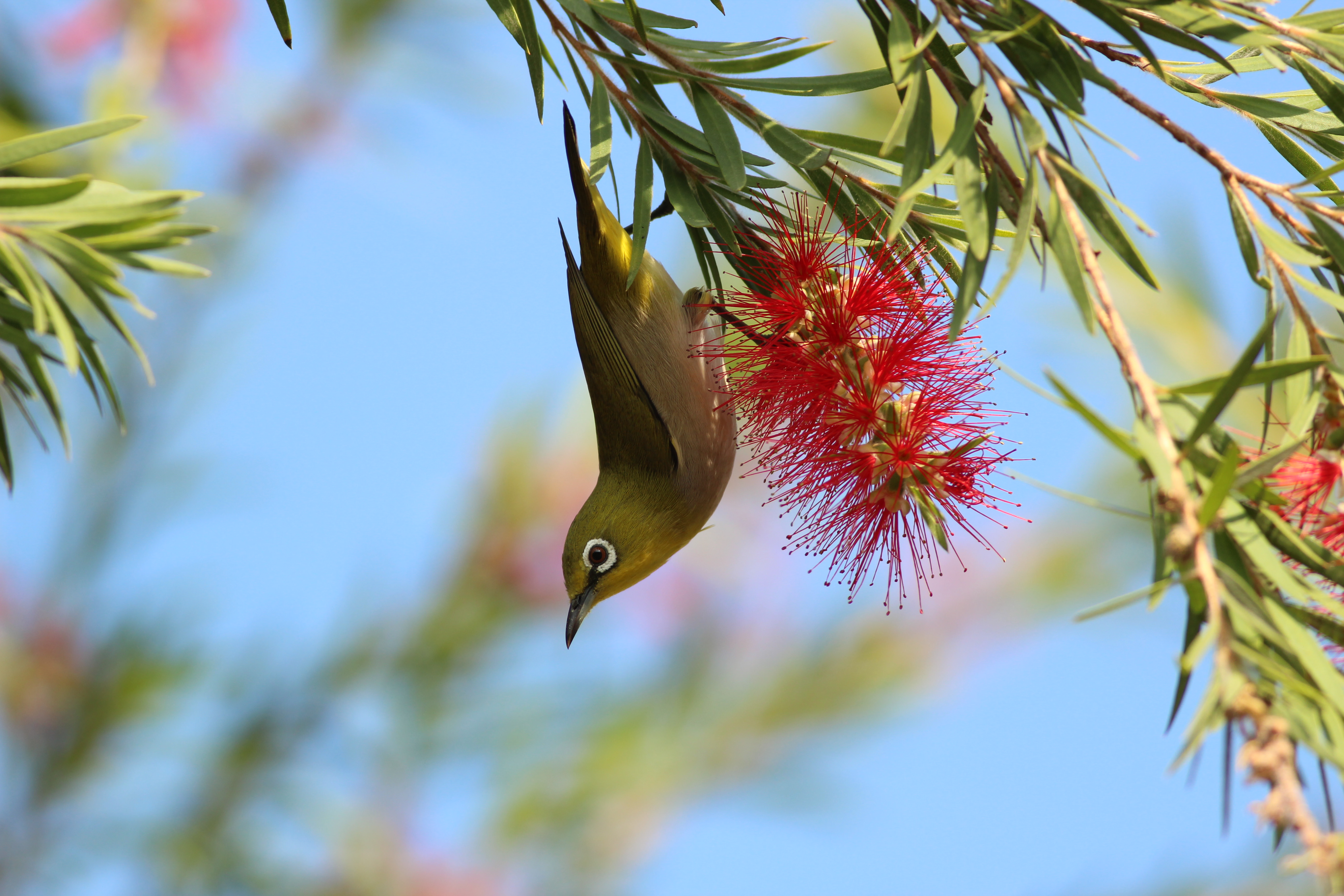 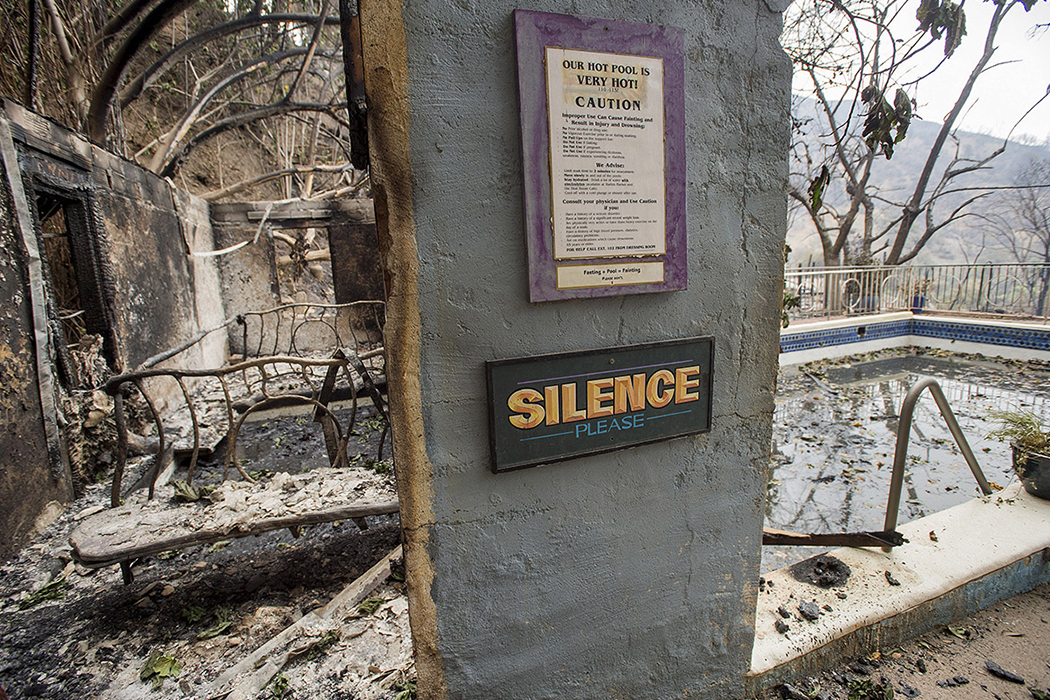 What Burns, What Remains